I have written about Donald Kaufman before in this blog, but this year was the tenth year here in our house up on top of the Whalesback Mountain, and this morning, in moving around planning things to close the house up for the winter, I couldn’t help but notice how beautiful, how new-like even while being soft and always-there looking, the paint is.  It’s a combination, of course, between one of the world’s best painters, James Garza of West Palm Beach, Florida, who came up with his team of four people and painted (and camped out in the as of yet undone guest house, cooking their own meals (Big Russ was the cook) and doing their own laundry, and painting, painting, painting.

That was more of a project than you can imagine since the entire house was paneled in pine which was such an ugly shade of brown that I initially thought it was Formica wall-covering.  This is such a wonderful floor plan of a house that there are not so many rooms, but each one is, quite frankly, huge—16 feet to the ceiling in many of them, usually at least 30 feet in one direction, and everywhere, as I said—brown, brown, BROWN.  Also, we replaced 39 small casement windows with large double-hung windows almost to the floor or sets of French doors.  Everywhere was to be light and airy with the sun shining in, even if obliquely, and the air blowing through.  Thank you, James Garza.  They did it in two and a half months.

All of this house was done in two colours, DK45, the softest of soft greens—go to Donald Kaufman’s site and go to the colours and run your mouse (your slider according to the site) over the colours and their identifying numbers will appear on the bottom right hand corner of your screen.  You will see this beautiful soft, soft green.  Now, this is important, very important.  Donald Kaufman paints, as any good paints such as Farrow and Ball, etc., must be used with their own primers.  The colours start in the primer and continue outward, and the primer coat of paint is just as important as the final coat for two reasons: the intensity of the desired colour, the veritas, so to speak, and the coverability which is primo in the prime.  I have never understood people who try to go cheap here—you will not achieve what you want, if you don’t follow the steps correctly.  Well, for that matter, I won’t buy cheap paints—it’s not worth the labour that goes into the final job, and anyway, what are we talking here?  $50 a gallon, and you’re going to use 5 gallons total.  So your savings was $250.  Big Whoop!  A lot of work and a half-way job.  But, of course, I won’t use a cheap painter.

Anyway, here are some very bad pictures taken by me of the bedroom here in the house—the DKC45 juxtaposed against the soft white of a Chelsea Editions embroidered fabric used to upholster the panels on the walls. 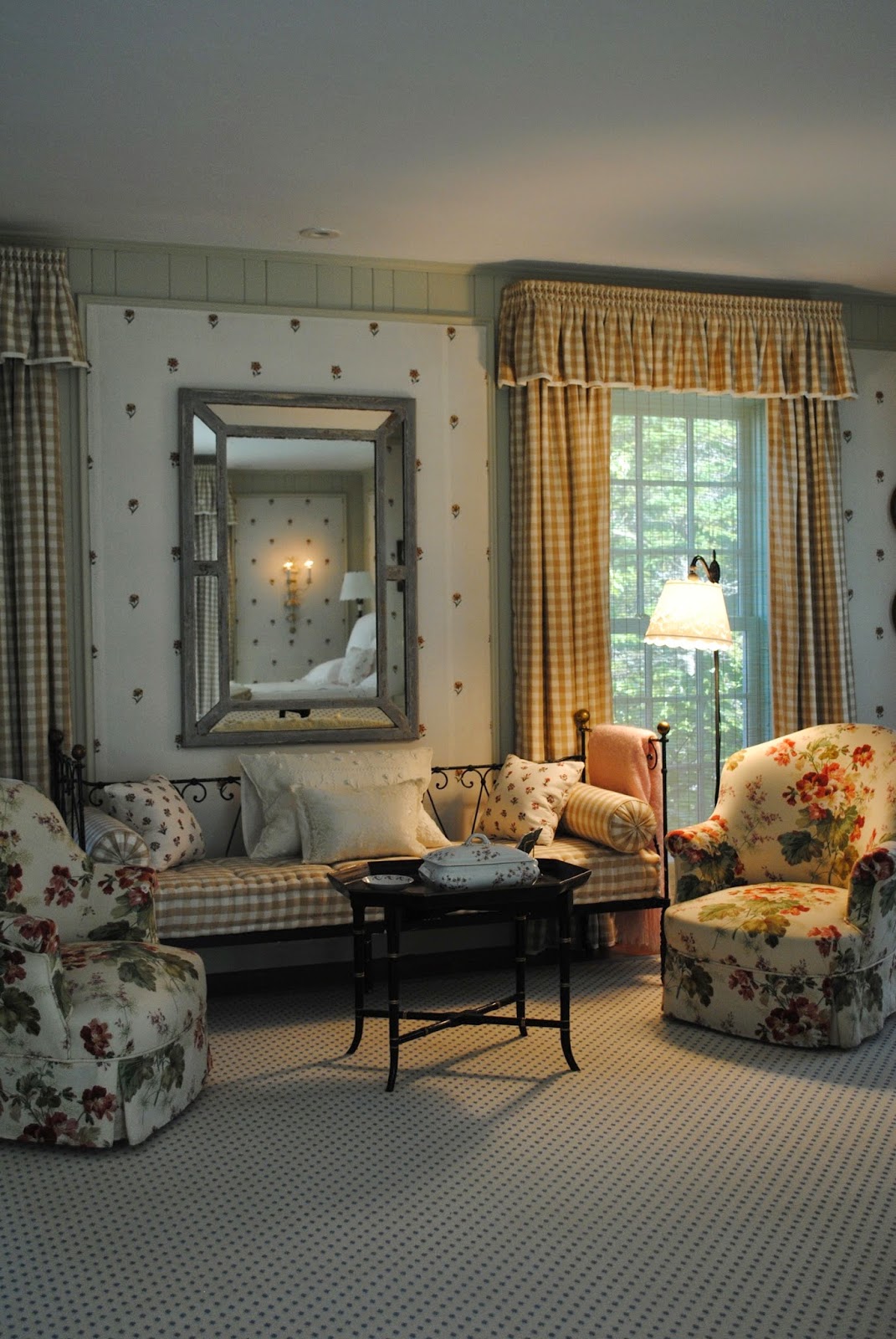 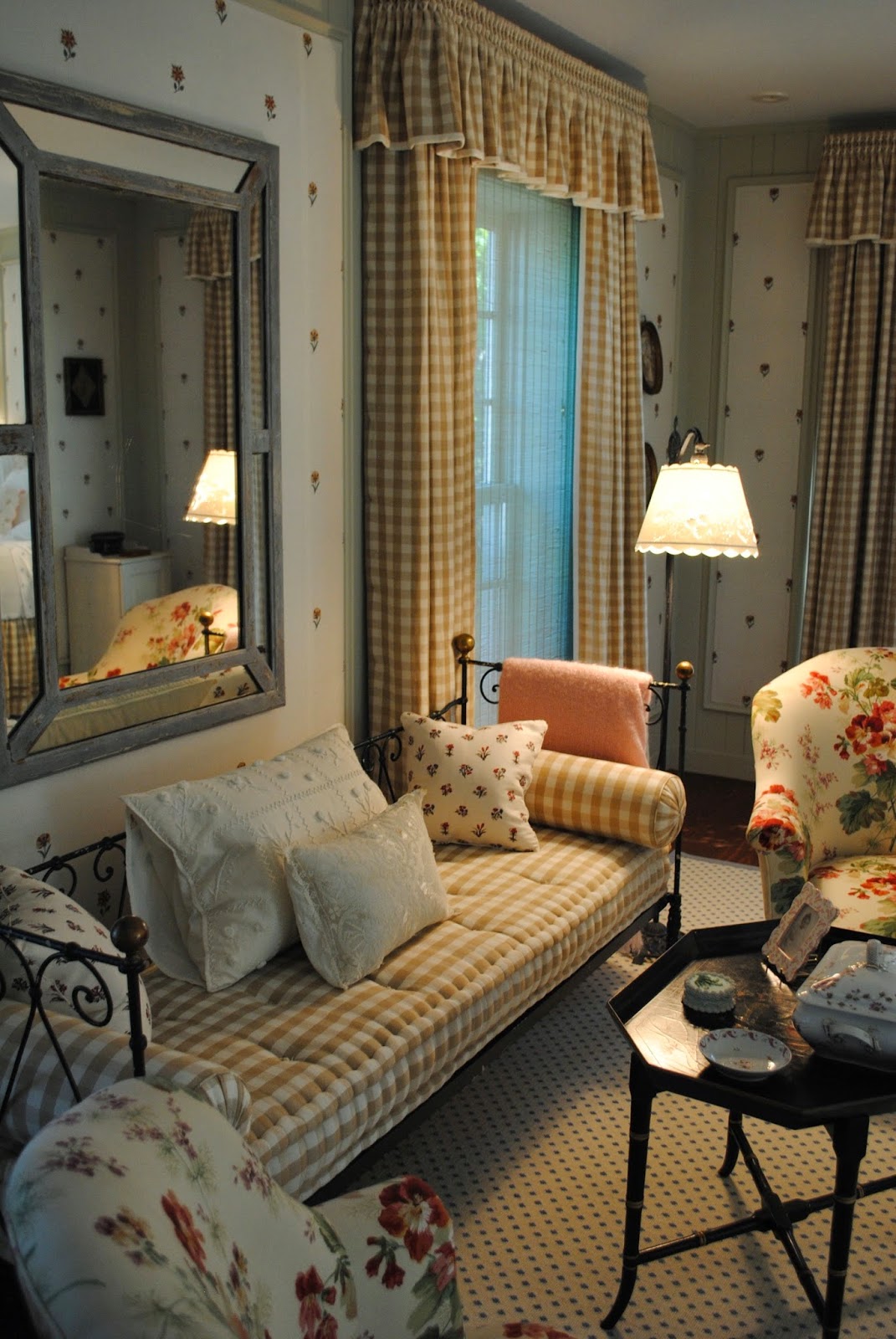 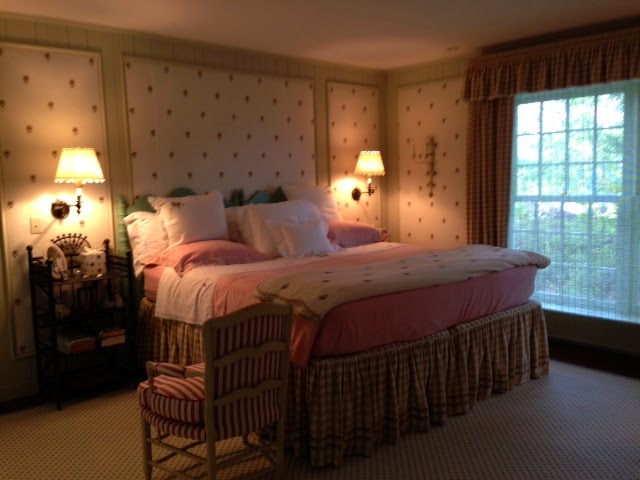 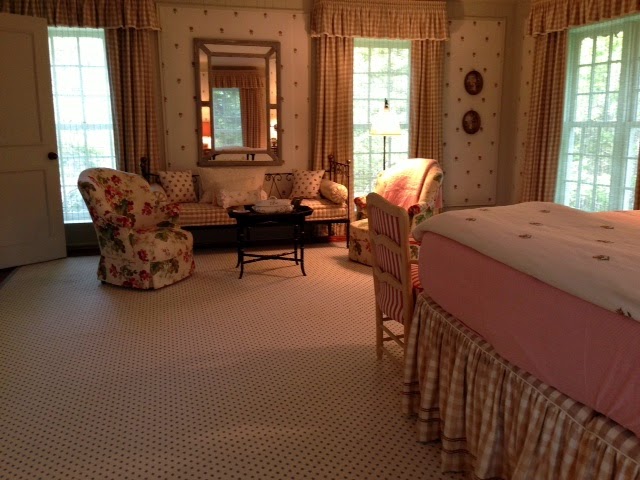 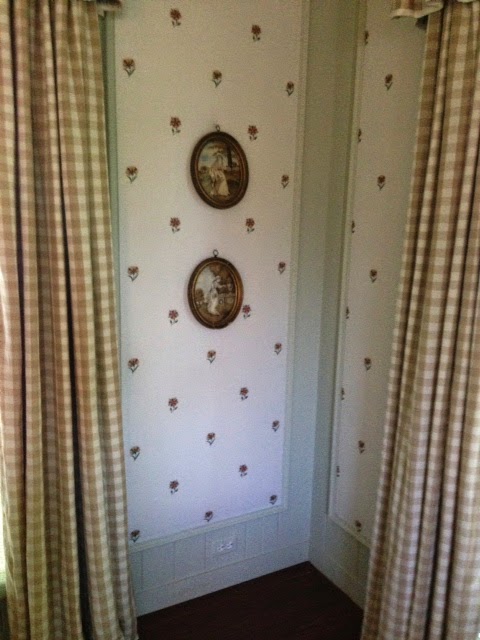 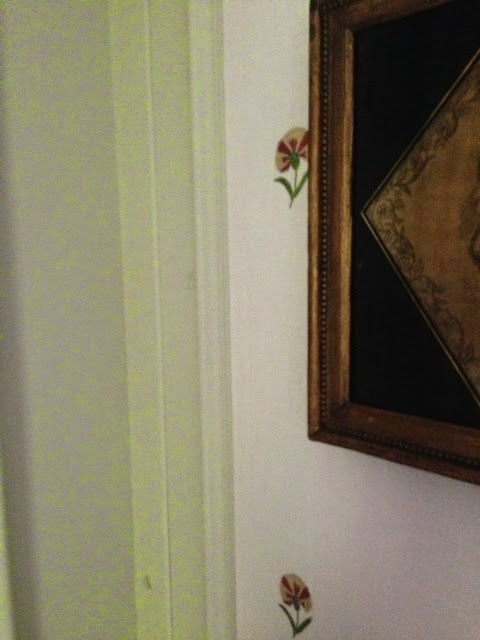 The rest of the main rooms were painted in DKC38, the most beautiful white paint.  It is warm and cool at the same time—how I don’t know, but it is.  The Living Room with its soaring ceiling is just as welcoming as one of the smaller rooms such as the entrance hall—it’s simply a wonderful, wonderful colour. 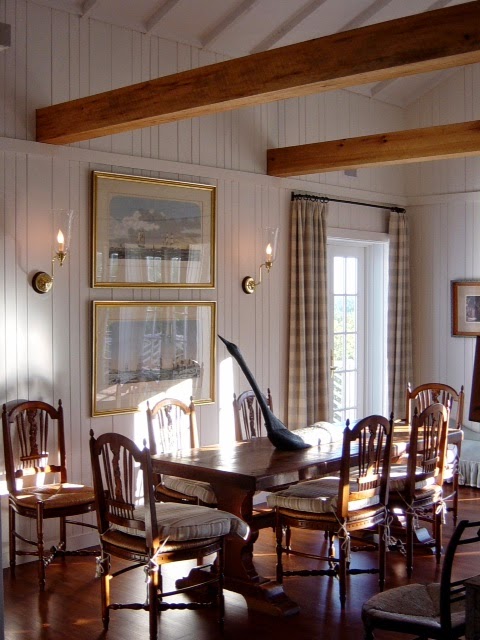 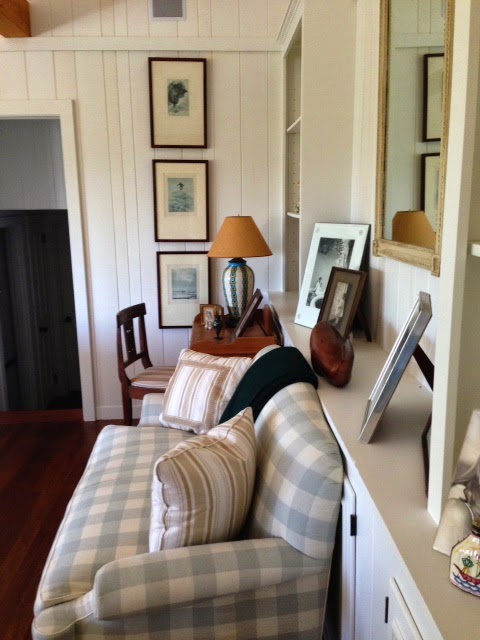 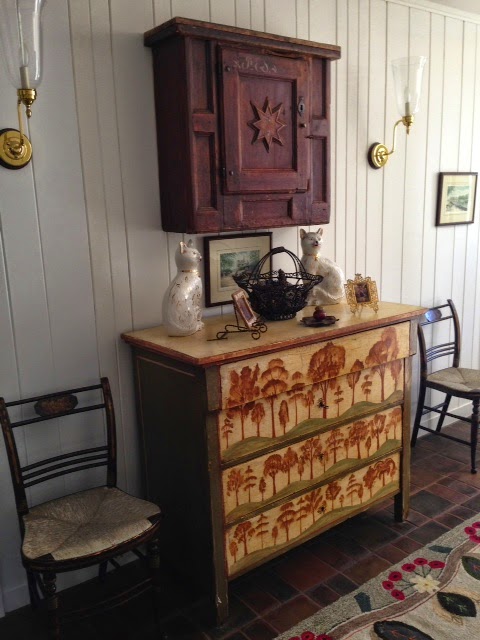 But as I said at the top of this post, what is really wonderful about this paint is its lasting quality.  Here I am, ten years later, and it’s as though I were in a new house.  I admit we are somewhat careful, but this house serves as home to my husband and me and myriad family members with their children and tons of house guests, so it’s not as though it’s a museum.

I have been fortunate enough to work with Donald Kaufman as a colorist on a job, but that is a true luxury.  Although you might not be able to do that, you can use his beautiful paints in your beautiful house.