The Passing Of A Moment

Ever since I came back from the funeral of Lilly Pulitzer,  I have been thinking of “moments”—moments in time. 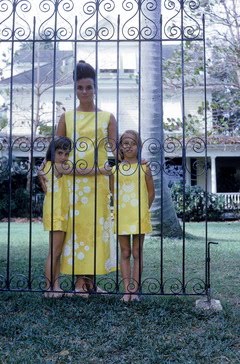 Lilly, and her daughters, Liza and Minnie,
in front of their wonderful old wooden house on
the Lake Trail in Palm Beach

I think that I have lived in the best possible “moment” in history—moment because actually that’s what our lives are, mere moments in the great length of time as we know it.  We are such small dots on the eternal time line.

But now, a week after I started this post and got called away after only one and a half paragraphs, I come back, filled with heartache after the horrible bombings in Boston, and wondering: what makes terrible things be appealing to anyone?  So I am going to still do photographs of the moments in time, believing now, more than ever, in their importance.

I was born in 1940, before we had even entered the enormous war in Europe (and later in the Far East), to wonderful parents and grandparents—it was an extremely patriotic time, of which I remember nothing, except my mother running into my grandfather’s study, crying out, “Papa!  Papa! The war is over—Ned can come home.”  My Uncle Ned was stationed in the Pacific, on a destroyer, and on the day which I remember, V-J Day, my mother was filled with the excitement of the War finally really being over.  (Full disclosure: I have to add that this moment is so strong in my memory bank, because I was standing as quiet as the proverbial mouse right inside the Study door, a place off-limits to me and my cousins, plotting a theft of peppermint Chiclets which sat in a glass candy jar on a table near my Grandfather.  ((Remember the little yellow boxes of them, two to each box—you are dating yourselves if you do.))  He suffered from dyspepsia, and peppermint gum was thought to calm acid stomachs.  Whether this was true or not, I don’t know, but all we children were forbidden to chew gum, and I was there with nefarious ideas in my mind.  In the excitement I was totally overlooked, but the memory is still strong today.) But aside from me, the little thief, totally self-centered, everyone in America was very excited. 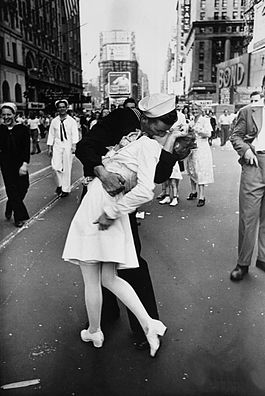 I was the child of the Rock and Roll Era—my parents let me have wonderful parties whenever I wanted where we drank punch (but oh! How I yearned for a big bowl of crushed ice with Coca Cola bottles artfully stuck out at all angles, rather like some strange bacterium, which yearning my mother, with her incredible taste, wisely ignored) and wore velvet dresses and played our 45 records on our funny little record players.  I was thirteen, just in time for Bill Haley and the Comets and “Rock around the Clock”, 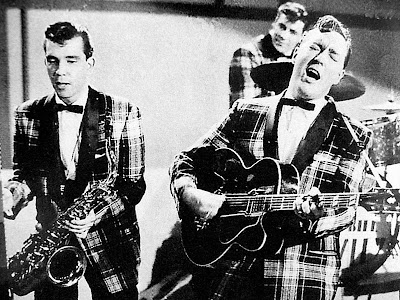 and later, I fell in love over Johnny Mathis and “The Twelfth of Never” and “Chances Are”. 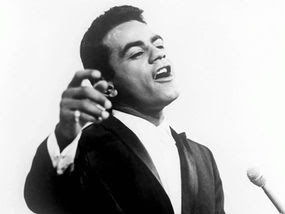 I danced in the gym at Sock Hops and went to the movies every weekend, dropped off by my father and walking home after a double feature, having watched all that colour and light for so long that my eyes ached all the way home.  Musicals and dramas and comedies from the fifties through to the seventies—you will notice a dearth of controversial subjects, but those were the times.  And that’s okay too.

I worked on the 1960 Mock Convention at Washington and Lee University (I was at Hollins—both the schools were single sex then—neither are today) when John F Kennedy was nominated and went on later that year to win the Presidency.  1960 was an idealistic time—Viet Nam had not yet occurred, and we truly believed in asking what we could do for our country.  I still do; I hope I always will. 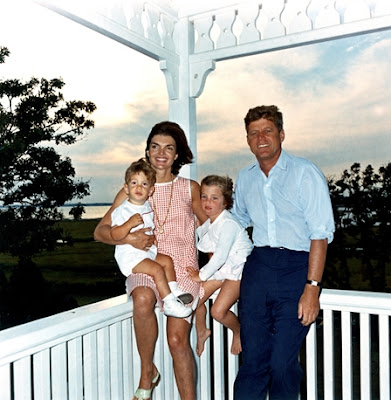 We wore short skirts and Madras shorts and MacMullen blouses and little flat shoes and kilts and Shetland sweaters with Scottie dogs sewn on for the buttons.  We got married young; sadly, we often got divorced.  We had beautiful children.  Who now have beautiful children, which brings me to my point.  In spite of all the sadness and tragedies which have followed: Viet Nam 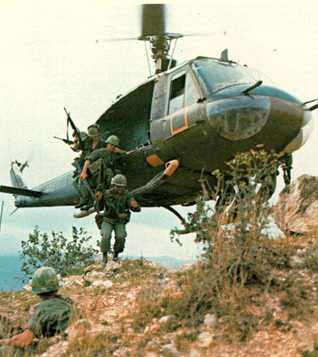 And the horrible assassinations of the times: 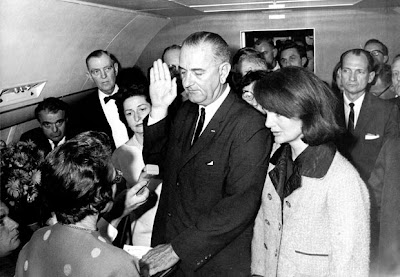 John Kennedy, and his brother, Robert, and Martin Luther King, all through those times up until the end of the 1970’s when Lord Mountbatten and his two grandsons were blown up in their sailboat by the IRA (my hatred of violence is why my last child is named India, after him), the senseless violence of acts both abroad and at home; in spite of all of these, the wars, the Twin Towers, and now Boston, in spite of all of these, we still have to remember the wonderful world in which we live, the families we love, the friends, and the times, even when they are passing, because they, and we, are a moment in time. 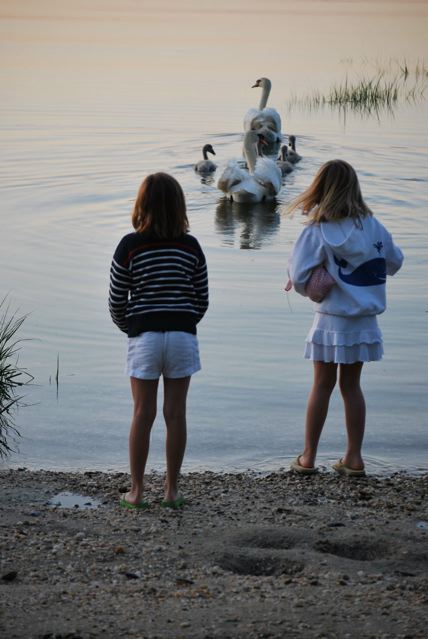 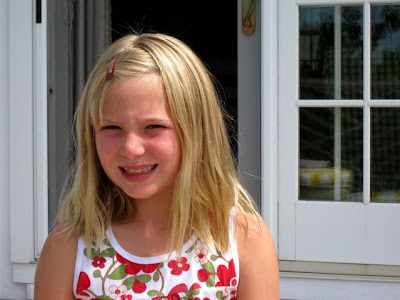 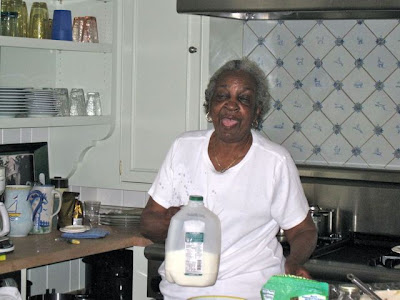 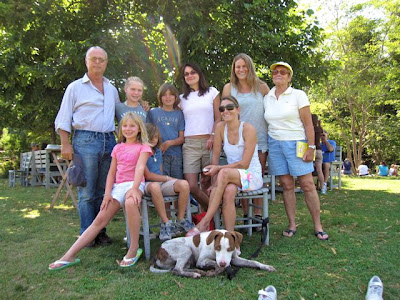 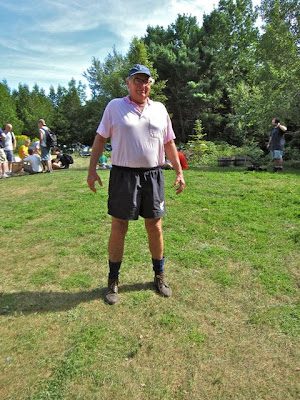 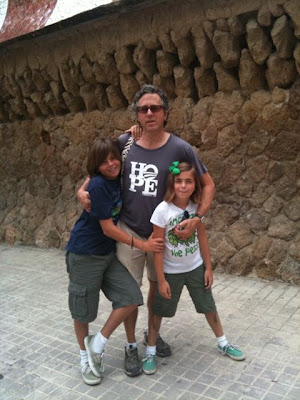 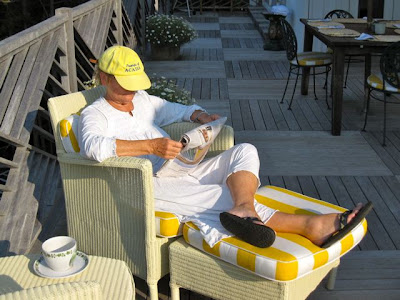 Treasure all these moments, pledge yourselves to the Earth and everything within it, and to the creator of it all, whatever you may believe in, and love every little bit of it, even that which you do not understand.